Rotary is an organization of business and professional leaders united worldwide, who provide humanitarian service, encourage high ethical standards in all vocations, and help build goodwill and peace in the world. There are approximately 1.2 million Rotarians, members of more than 29,000 Rotary clubs in 160 countries.

Rotary’s first day and the years that followed…

February 23, 1905. The airplane had yet to stay aloft more than a few minutes. The first motion picture theater had not yet opened. Norway and Sweden were peacefully terminating their union. On this particular day, a Chicago lawyer, Paul P. Harris, called three friends to a meeting. What he had in mind was a club that would kindle fellowship among members of the business community. It was an idea that grew from his desire to find within the large city the kind of friendly spirit that he knew in the village where he had grown up.

The four businessmen didn't decide then and there to call themselves a Rotary club, but their get-together was, in fact, the first meeting of the world’s first Rotary club. As they continued to meet, adding others to the group, they rotated their meetings among the members’ places of business, hence the name. Soon after the club name was agreed upon, one of the new members suggested a wagon wheel design as the club emblem. It was the precursor of the familiar cogwheel emblem now worn by Rotarians around the world. By the end of 1905, the club had 30 members.

One of the most widely printed and quoted statements of business ethics in the world is the Rotary 4-Way Test. It was created by Rotarian Herbert J. Taylor in 1932 when he was asked to take charge of a company that was facing bankruptcy.

Taylor looked for a way to save the struggling company mired in depression-caused financial difficulties. He drew up a 24-word code of ethics for all employees to follow in their business and professional lives. The 4-Way Test became the guide for sales, production, advertising and all relations with dealers and customers, and the survival of the company is credited to this simple philosophy.

Herb Taylor became president of Rotary International in 1954-55. The 4-Way Test was adopted by Rotary in 1943 and has been translated into more than a hundred languages. 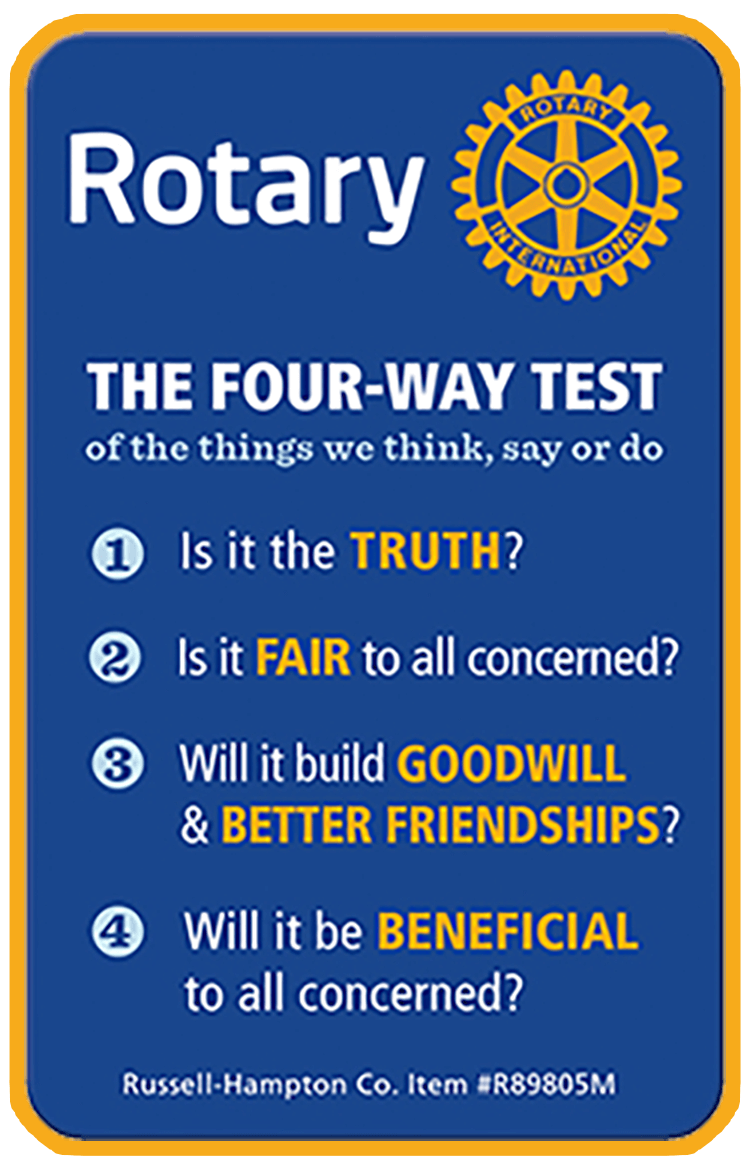